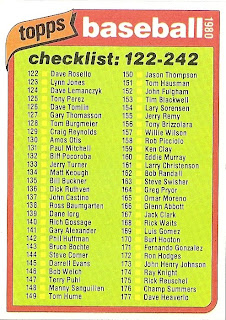 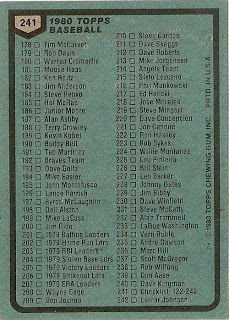 While the checklists are probably some of the least "fun" cards in a set, it does mark a milestone of this blog. I know I said this before, but I still can't believe that I have made it to 241 cards.

Why I love this card
Hard for me to put a positive spin on a checklist but I'll try. Seven Hall of Famers have their name listed here as does my personal favorite player of the 1980s (Alan Trammell) 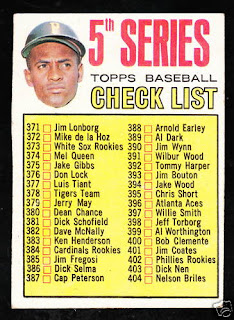 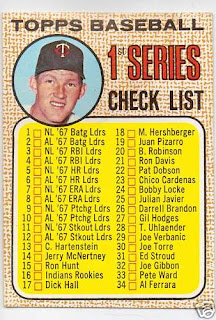 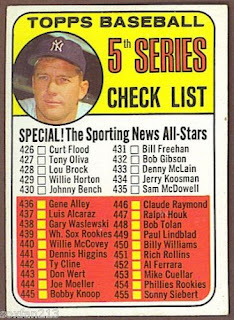 When did Topps lose its creativity? Now these are checklists! Couldn't you imagine a checklist from 1980 featuring George Brett, Pete Rose or Nolan Ryan? How awesome would those have been? Unfortunately, Topps trotted out the same standard fare that they had been for several years.

On this date in 1980:
The number #1 movie in the country at this moment was American Gigilo. A trailer can be seen here. This motion picture made a star out of actor Richard Gere
Posted by Dean Family at 11:05 PM

Labels: (Checklist), (On this date)