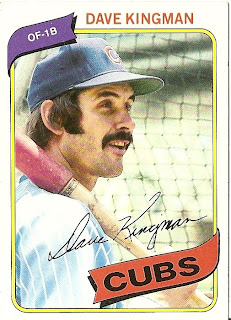 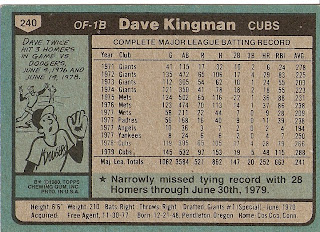 Who is this player?
Dave Kingman, leftfielder, Chicago Cubs
The man known throughout the league as "Kong," Dave Kingman was one of the most feared power hitters in the game as the 1980 season began. He was voted to start for the National League in the All-Star Game that summer, but that was probably the only highlight for Kingman that season. His year started acrimoniously as he dumped a a bucket of ice water over the head of a Daily Tribune reporter. This led to a year long feud in the media. Thanks to a shoulder injury, his power numbers slipped considerably and this earned him the wrath of Cub fans.

The free-swinging, righthanded Kingman attended the University of Southern California and starred both on the mound and at the plate. He was an All-American and led the Trojans to a College World Series championship. He was drafted by the San Francisco Giants in 1970 and quickly gained a reputation for prodigious home runs blasts. Within a year, he was on the Giants roster playing outfield and first base. Kingman showed signs of stardom when he hit for the cycle in early 1972, but his penchant for striking out and committing errors in the field saw him sold to the New York Mets following the 1974 campaign.

With the Mets, Kong became the most prolific home run slugger in club history to that point. He hit 73 home runs in two seasons and was voted to the All-Star Game in 1976. But his time in the Big Apple was short as he was traded to the California Angels in June 1977 as part of a Mets fire sale. Kingman would also play for the San Diego Padres and New York Yankees in 1977, the only player to appear on a team in all four divisions in the same season. He signed as a free agent with the Chicago Cubs in 1978, where he achieved his most notable achievements.

He led the league in home runs in 1979 and was second in RBI with 115. True to form, Kingman also led the National League in strikeouts. After his disastrous 1980 season, Kingman was on the move again, this time back to the Mets, where he rebounded and led the National League in home runs again, this time in 1982. However, he only batted .208 in three seasons and led the league in strikeouts twice.

Kingman spent the final three seasons of his 16-year career in the American League with the Oakland Athletics. It was a return of sorts as Kingman finished his career in the Bay Area, where it began. He was the Comeback Player of the Year in 1984, finishing second in home runs (35) and third in RBI (118). He hit 30+ home runs every season as an Athletic still holds the record for most home runs in the final season of a career (35). Collusion prevented him from getting an offer for the 1987 season and he retired. Today, Kong is enjoying retirement as one of the preeminent sluggers of his era.

Why I love this card
This card makes me think of David, my next door neighbor and two years younger. I had a terrible time trying to explain to him why Kingman did not have an "All-Star" designation on this card. His rationale was that anyone who led the league in home runs was All-Star worthy. A solid argument, sure, but I tried to be patient. To make matters worse, Kingman was a starter in that year's game that confused the issue further. I think I just gave up at some point.

Something else....
Today, when I think of Kingman, I immediately think of "What is your opinion of Kingman's performance?" I still try to get that line in at work on occassion. The other is from 1985. After hitting two home runs, Kong hit a monstrous shot in the Kingdome that hit a speaker on the roof. The ball caromed back into play and was caught by Phil Bradley for an out. That game kinda sums up Kingman's career.

On this date in 1980:
Today is my Mom's birthday. She was 39 then and is still 39 now (at least that's what she says). There has been a lot of discussion of my Dad on this blog, but the person who held everything together growing up was always my Mom. Like many of her era, she stayed at home and provided the stability and support that was so crucial for me growing up. As a parent, many of the things that I do can be traced to her in some way. Thanks Mom, in two lifetimes I cannot repay you for the childhood that I was given. 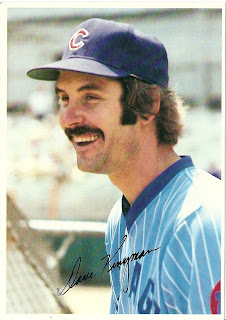 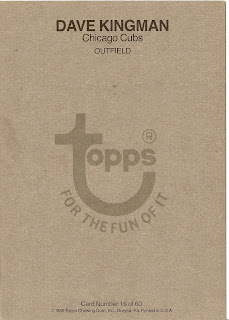