Much like the year itself, the 1980 Topps Baseball set represents as much of what was as what was about to be. Compared to its predecessors, the 1980 set does not appear to be a drastic change in appearance. The set itself is very similar (if not identical) in design to the 1974 model, although slight adjustments would be made to the flags at the top and the bottom of the card. It was not even all that different from the 1979 model. 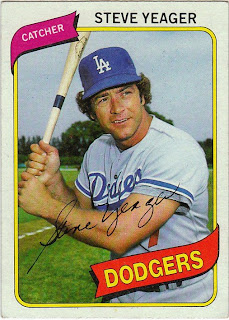 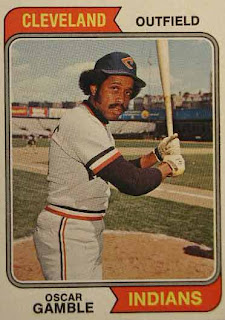 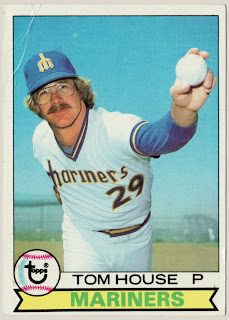 What I liked about 1980 though, were a couple of things. First, there was a facsimile signature of the player is also on the card. Second, the position of the player was clearly designated. A pitcher said “PITCHER” not just “P” or in later sets, not listed at all. Finally, the backs of the cards were very easy to read and usually had a little cartoon on the back. For a nine-year old at the time, these seemingly “little things” went a long way.

What makes the 1980 set unique is that this set was last in Topps’ baseball card monopoly. Beginning in 1981, Fleer and Donruss would become players in the market. To compete, Topps would introduce a sticker set and a popular “Traded” subset that would soon become a staple. “Traded” cards would feature rookies or stars that were not included in the original set.

In 1980, Topps was all there was. There were no subsets, no inserts, “error” cards, no mail-aways, just 726 cards to complete the set (and the stick of gum). That’s it. Nothing more, nothing less. The key rookie in this set is Rickey Henderson. There is one Henderson rookie card. Just one. There was no need to collect three, or in later years five or six. There is something to be said for simplicity.

The distribution of packs was fairly standard. Wax packs were packaged in a colorful box with Houston Astros outfielder Terry Puhl on the cover. Much was expected from the Astros after a strong second place finish in 1979 and their uniforms definitely make the box stand out. 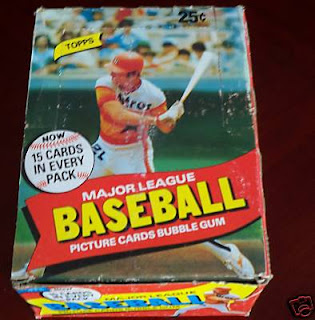 In addition to the hobby standard 15-card wax packs, (25 cents) 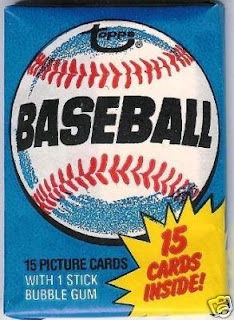 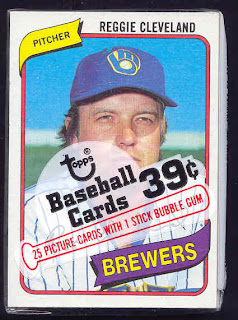 there was also the favorite, the cello pack. The cello contained 25 cards (39 cents) with a card visible on the top and the bottom.

There was also the grocery three-pack, which was how I was introduced to the 1980’s. 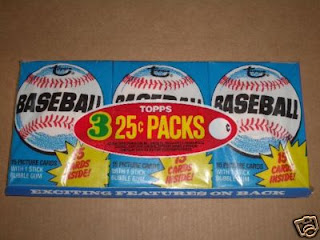 My dad purchased these from the Great Scott supermarket in St. Clair Shores and started me on my fix. For $1.50 (two grocery packs), I would get 90 cards, which outdistanced any other in terms of volume. It was on from there, first collecting team-by-team (Pirates and Tigers would be first) to the point where I would start to numerically put them in order. While I didn’t complete the set officially until 1985, the thrill of figuring all of this out in the spring, summer and fall of 1980 has led to this blog.
Posted by Dean Family at 10:16 PM