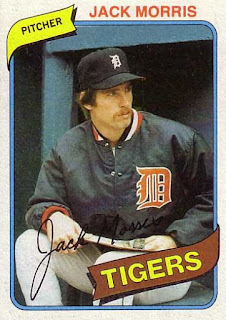 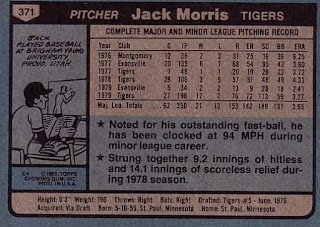 Who is this player?
Jack Morris, starting pitcher, Detroit Tigers

Jack Morris belongs in the Hall of Fame

There it is. Right off the bat.

But don’t take my word on it. No less of an authority as Bill James predicted enshrinement for Morris on a couple of occasions, directly in 1995 as Morris’ career came to an end and indirectly as long ago as 1986, in an article for Sport Magazine. Using the formula he developed in that Sport article, Morris should be considered a strong Hall of Fame candidate. The detailed explanation is below.

James’ lists some of the criterion for the Hall of Fame such as a no-hitter....


And of course, there was this….


Often times during his career, Morris was seen at the time as a strong Hall of Fame candidate. 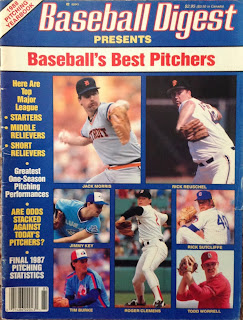 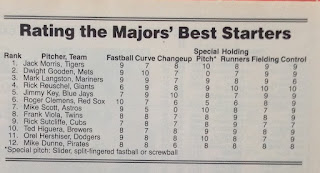 From 1979 until 1992, Jack Morris was always in the discussion as one of the top pitchers in the majors. Yes, he never won a Cy Young Award as his detractors claim, but many of those that did during this time frame (Fernando Valenzuela, Ron Guidry, Bret Saberhagen, Dwight Gooden, Frank Viola) didn’t have Jack’s longevity and others (John Denny, Steve Bedrosian, Lamarr Hoyt, Mark Davis, Mike Scott, Pete Vuckovich) never matched their top season. Morris was consistently productive and dependable.

He was also the top player on the top team of the 1980s. No team dominated from start to finish like the 1984 Tigers. Ultimately that made them colorless, if not boring. There were no controversies and no drama. Just great baseball every single day. And Morris was at the forefront. And through Morris (and in my opinion Alan Trammell and Lou Whitaker as well), that team should be recognized in the Hall of Fame.

Was he a perfect candidate? No, I guess not, but how many times do the perfect candidates come around? So much of baseball and it’s history has been subjective, open to debate. Who was the best? Who belongs in? What team was better? The debates go on and on and it is what makes this sport what it is. All attempts to statistically justify a player helps an argument, but it doesn’t settle one. If a player demonstrates over a period of time that he excelled greater than his peers, that do me is noteworthy. Hall of Fame or not.

Why I love this card
A few cards in this set can take me back to a direct moment. I'm not sure if it was the end of third grade in the spring or the beginning of fourth grade in the fall, but I can distinctly remember sitting on a cement parking block at St. Peter's school and looking at this card. It was sunny, much like the day Morris was photographed. I can also recall how little we cared about condition at that time. My cards were wrapped tightly with a rubber band and in all likelihood, shoved in a jacket or pants pocket. Sometimes I take a little bit of pride in being the last generation not to get all worked up about card condition.

Something else...
One of Morris’ early influences was former Cy Young award winner Vern Law, who’s son Vance was teammates with Morris at BYU. Law’s assistance helped polish Morris into a major league prospect. Similarly, Morris did not learn the split-finger fastball, his trademark pitch from guru Roger Craig. Morris claims it was taught to him by teammate Milt Wilcox, who learned the pitch from watching Bruce Sutter during his days in Chicago.
Posted by Dean Family at 6:08 PM