As most everyone is aware by now, the Houston Astros fired Cecil Cooper as their manager after roughly two seasons.

Earlier this week, readers voted on the best variations of the 1980 Vida Blue card. The winner (as expected) was the 2005 Topps Fan Favorites with Vida in mid windup. It garnered 75% of the vote. It is a great action shot that would have been off the charts using 1980 as a standard.

This one is a little tougher. Up for consideration is this card, a 2003 Topps Fan Favorite. 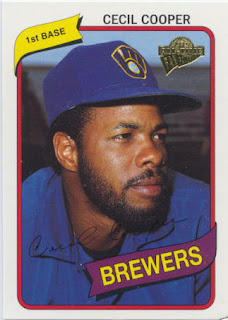 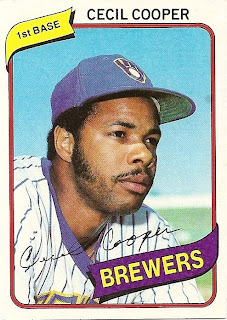 Both are classic head shots but offer a little variance. Share your vote at the booth on the right as well as your thoughts and comments.
Posted by Dean Family at 3:30 PM