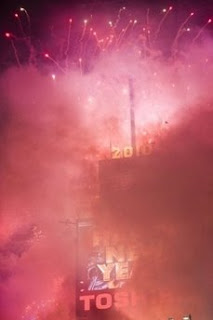 Here's wishing everyone out there following along a very happy and prosperous 2010. For the first time that I can recall, I wasn't even awake at midnight, happily enjoying slumber instead. In this age of instant media, I haven't felt like I really missed anything either.

30 years since "The Wall," "London Calling" and "Another One Bites the Dust."

30 years since John Lennon was shot, Ronald Reagan was elected president and The Miracle on Ice.

30 years since Brett's run at .400 and the Phillies first World Series title.

And most importantly (for me), 30 years since Topps produced this set that I am blogging about.

It's unlikely that I will complete the set on this blog in 2010, but I will do my best. I certainly thank all of you that have been following and posting comments, it keeps me going. Honestly, I didn't think I would have made it as far as I have now. Either way, Happy New Year!
Posted by Dean Family at 6:21 AM