Last week, I posted about finding the 1980 Topps Burger King set at a local card show.

I must admit that this blog and my son's subsequent discovery of my collection in the basement has brought the collection back to life. My son is a little younger than I was in 1980, but he has more passion for baseball and cards than I did. Even better, its now a three generational thing with my Dad and my son.

First off, on Friday we received an awesome package from Mark at Stats on the Back. Inside were unopened packs of 1986 Topps, 1987 and 1988 Donruss. Mark, I never thought that I would see the day where someone would LOVE 1988 Donruss, but that day has indeed come. My son is now all over that set and we are in process of putting probably two sets together when all is said and done.

The local mall had a show this weekend with autograph guests Chet Lemon, Fu-Te Ni, Wayne Comer and Dick McAuliffe. However, the big hit was my son finding:

There was a guy there that had both for a nickel/dime for each. First he used the stickers to decorate a card box and then used the box to collate a bunch of 1979s. I had a bunch of really dog condition 1979 topps and Christian has now decided to make a set of that. He bought a handful of other cards for the set. He has hand them out the last two mornings and are going through them card by card.

Dad on the other hand found a guy selling these for a dollar or less: 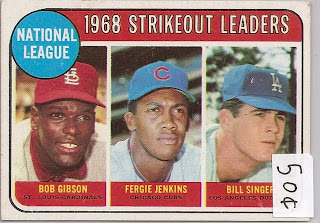 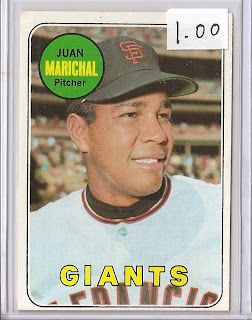 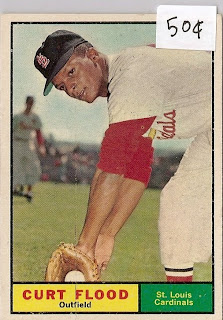 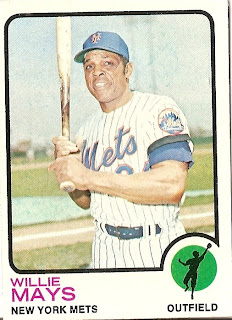 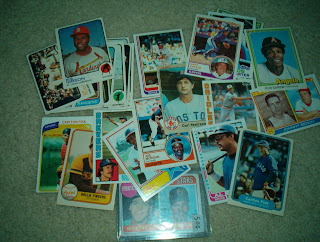 To top it off, on Sunday, there was a nice little plug for this by Jim over at The Phillies Room. My son especially appreciated it since he thought that he and I were the only ones reading our blog.

Continued thanks to those of you out there following and trading. We are close on this end to putting together a want list and I will post that soon. For now, we are looking for:

1979 Topps cards. If they are in bad condition, no problem. We are handling them hourly so condition is not of concern.

Fleer Baseball Stickers - He's 7, so stickers have to go on everything.

1974 Topps - I have all the stars from this set, but no commons. I know that he will be eyeing this one as the next to complete

For now, we have identified about 300 1992 Upper Deck baseball and 250 91-92 Basketball that are the first to go in trade. Anybody want them, in whole or in part and we'll work something out. Maxcarey at yahoo.com